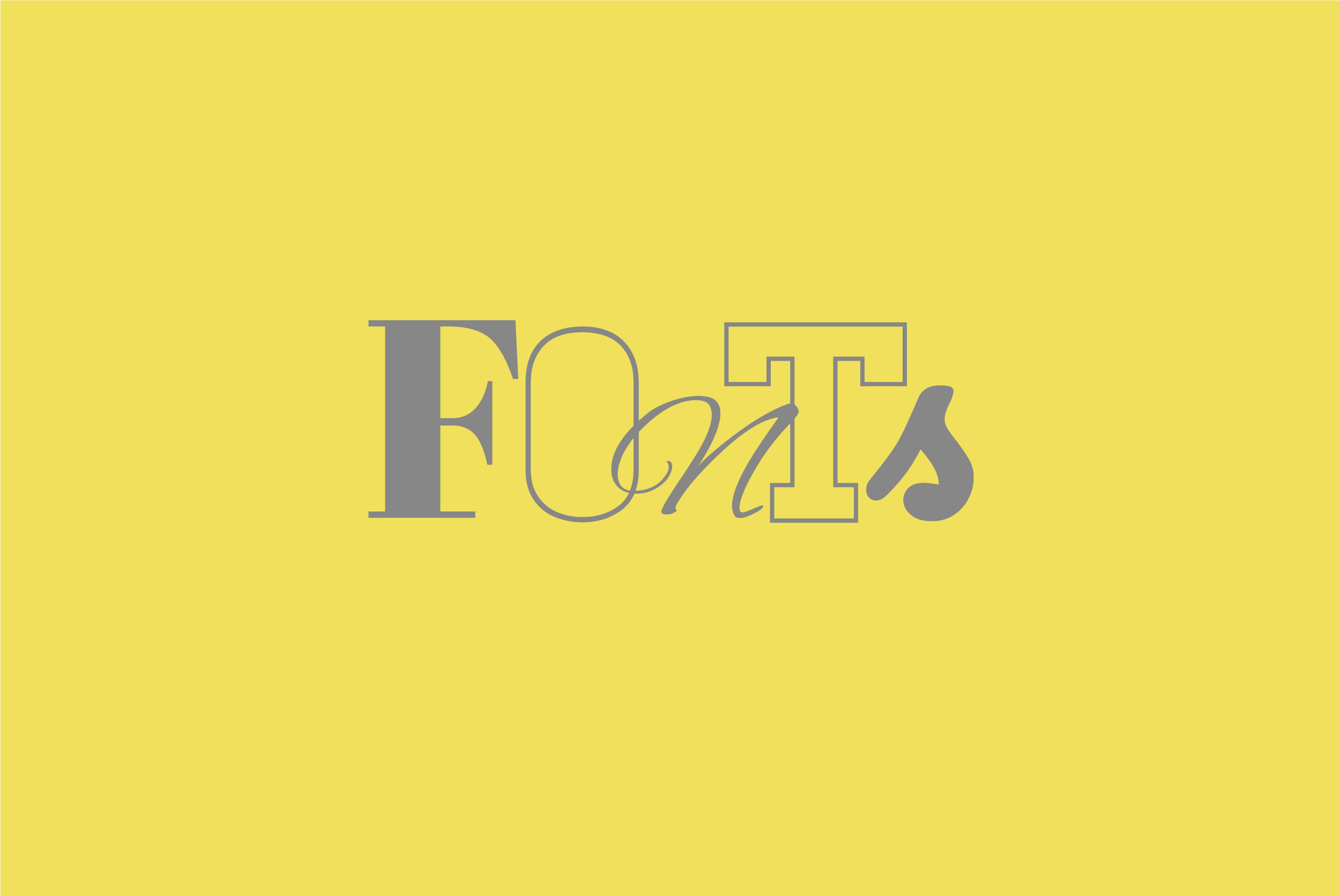 Fonts are the clothes of a message. They give a visual tone of voice and do a lot more than convey plain language. Just think about why a tech company's brand looks and feels the way it does; often a modern 'sans-serif' (think Arial) is used, in contrast, a more traditional business may use a 'serif' (think Times). Although probably best leaving Times and Arial to a Word doc!

It's not just about communicating a 'tone' though; it's about legibility and accessibility too, the amount of work that goes into motorway signage alone is staggering. Research still states that a serif is easier to read for long periods, as the characters have, well, more character to distinguish; but lets not open that age-old argument. Tip; providing you have a wide enough gamut of reading abilities in a test group, if everyone finds it easy enough to read, then it's easy to read, regardless of font classification.

Paid vs free vs system fonts.

Firstly don't use a system font, it's you and a few billion users. With the release of Google fonts and investment into typographers to supply certain typefaces for free, there are many low-cost options available that look and perform very well. Google has acquired many fonts, including those made by the likes of Dalton Maag and IBM. However, with anything free comes ubiquity; you can soon start to look like everyone else mirroring a free web theme, regardless of if the font is any good. There is always the law of paying for things that brings a certain amount of exclusivity, and more and more we find that these subtle differences create the value in a brand. That's worth saying again; a brand is made up of its subtle elements, better to make sure they are the right ones.

When it comes to paying for a font, typefaces are a real workhorse, but more so, they take forever to make! Apart from the design, each typeface embarks on the infinite task of spacing combinations (this is why I'm not a Typographer!). And when spacing is poorly done, it takes the graphic designer a long time to fix when in use, or worse, increases the chance of some incredibly embarrassing faux pas. (Search 'bad kerning')!

You'll need a few weights to cover your bolds, regulars, and lights, which are usually reasonably priced, but note if you have numerous offices globally equaling a lot of licenses you may need an enterprise license. In this case, it may be more cost-effective and a better option to employ a typographer and create a new bespoke font than have to pay out for 500 seats (one early-career fail I won't be repeating, ever, again)!

We've been working with typography for over 20 years now, and with thousands to choose from, it's not easy to find that right typeface, but some things that may help avoid any problems may include:

Hopefully, some of that is of use. I often find a typeface is one of the most crucial parts of any brand, infant bar the spoken word, it's the one thing you really can't do without.