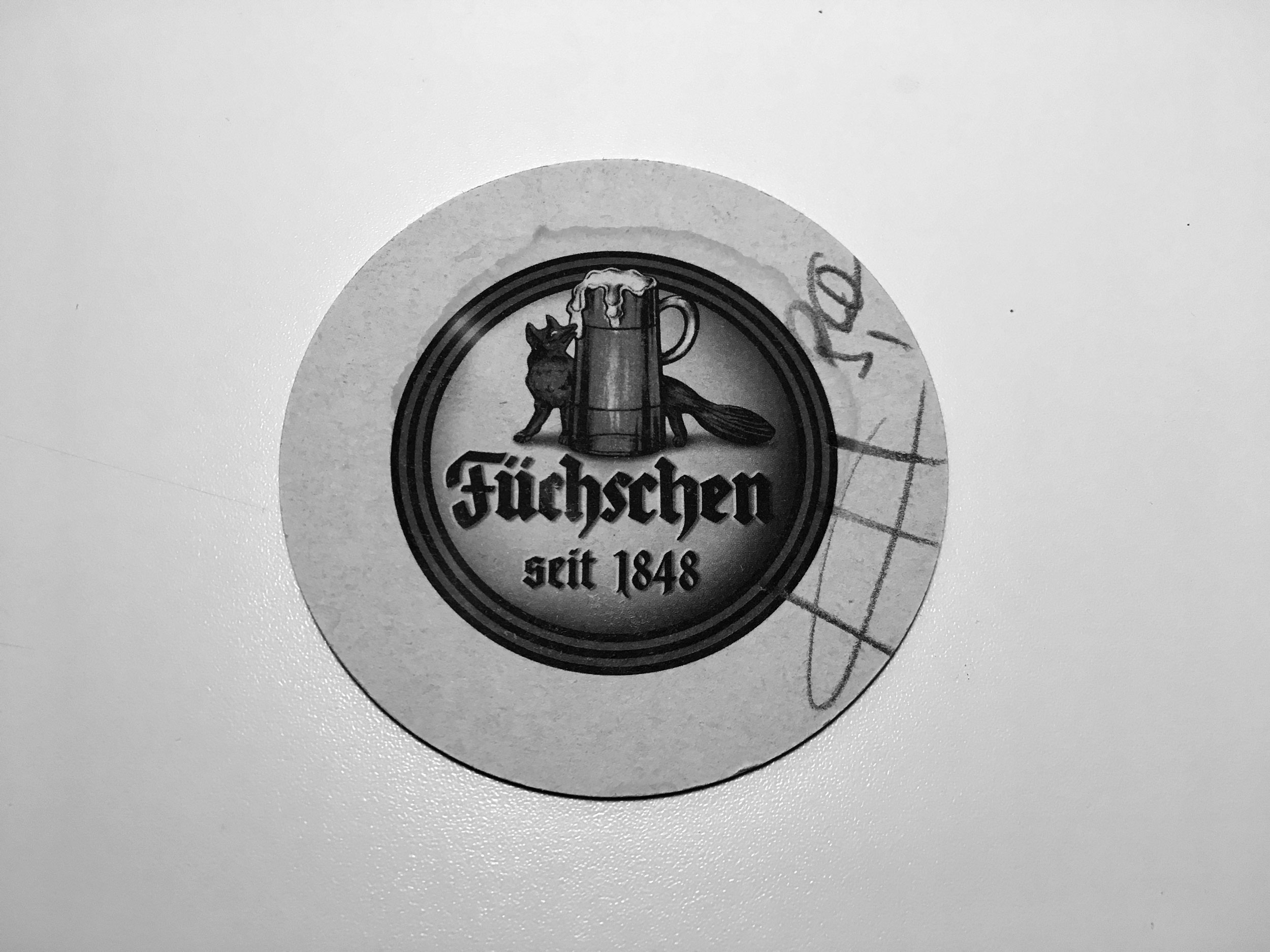 We've found ourselves in Köln, it's cold, wet and dark and we're trying to find shelter. Above all the buildings are these aggressive signs looming down at us like some elaborate dungeon, contrasted with a warm welcoming glow from the inside with a faint murmur of chatter. This is German drinking territory, and I'm kind of in love!

One of those most obvious 'signs' that we are in Germany is the signage, and it's all made up by a style of typography known as 'Blackletter'.

Blackletter is a style of font with a history of influences. Its primary use started around the end of the 12th century and goes up to the 20th century, with the most observed implementation in the Guttenburg Bible (one of the first printed books in 1454).

Nowadays, it speaks of an historic yesteryear; but over in certain parts of Germany, it's alive and kicking, and an everyday tool to sell the amber nectar to locals and tourists alike.

It's fascinating to think that to change the signage to something more modern would sit wrong in anyone's belly, and destroy the emotionally charged ambience that a simple typestyle can create. We love a bit of Blackletter, and it's a just a shame there aren't many corporate uses for it!

While we're on the subject, local beers are usually served in a 0.2 litre glass with an often automatic top-up from the barman that marks the beermat with a pencil stroke for a later tally. (Plus most beermats are a piece of typographic art - if you need a business research reason to visit that is).